Welcome to the
Succession Wiki

At the center of the Roy family are three of Logan’s children: troubled former heir-apparent Kendall (Jeremy Strong), his outspoken, fun-loving brother Roman (Kieran Culkin), and his savvy but conflicted sister, Shiv (Sarah Snook). The series follows their joust for power as they each struggle to retain control of their father's empire in their own way. While the future looks increasingly uncertain, it is the past that threatens to ultimately destroy them.

Succession premiered in June 2018 on HBO, and a total of two seasons have aired so far. It has been renewed for a third season. 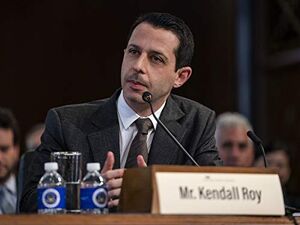 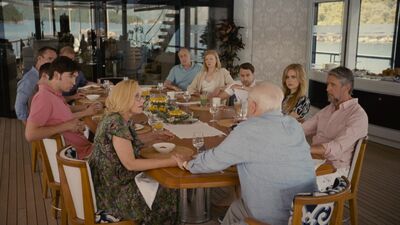 Succession Wiki is a collaborative community about Succession where anyone can edit. Our goal is to keep track of everything relating to the show: characters, episodes, locations, and more. We are home to 219 articles currently. Help us create more!

We also have a place for getting to know each other and to talk about Succession in our Discussions. Whether you are here to start editing or to chat with fellow users, you are welcome to sign up for an account!

The How To Guide

Fandom holds no responsibility for the content of external sites that are linked to from Fandom wikis.

Fandom are created predominantly by volunteers, so we can make no guarantee of validity of the content. The wikis are not guaranteed to be complete, accurate or reliable.

Please be aware that Fandom may contain content you find objectionable. You use Fandom at your own risk.

All text on Fandom is licensed under the GNU Free Documentation License unless otherwise stated. See the Fandom page on copyrights for details.

Please be aware of the Fandom terms of use before using this site.
Community content is available under CC-BY-SA unless otherwise noted.
Advertisement